This is the most common AR configuration PCC breech-bolt, which is used by several brands of PCC. 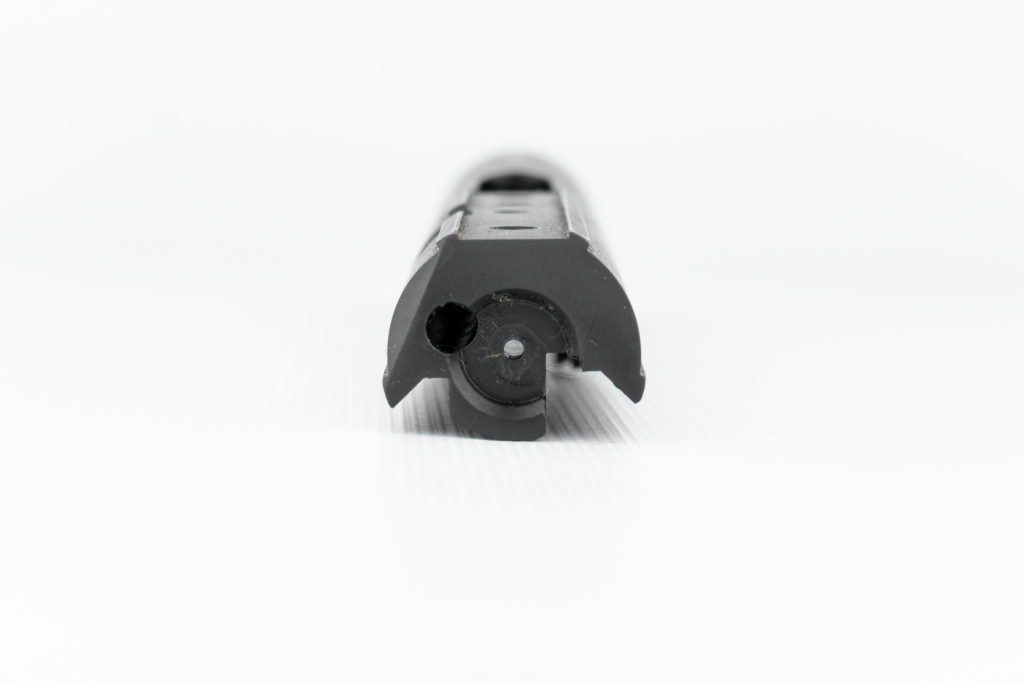 The cocking-line (bottom of the breech-bolt) sits significantly higher relative to the trigger than a standard AR15 Bolt Carrier Group. The PCC ARGOLD is designed to work with this breech bolt. This breech-bolt can usually be identified visually by looking at the cut for the carrier-keyway. It will extend through all the way forward to the bolt face.

If you have a caliper handy, you can make this measurement. It will run around ~0.775″. 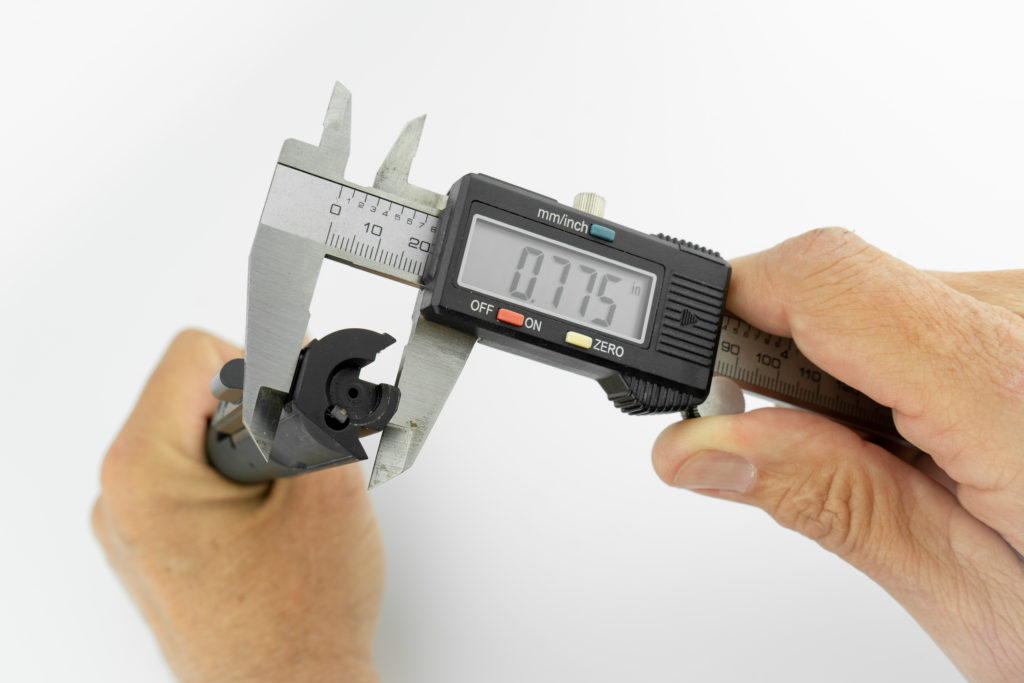 This bolt is less common and has a lower cocking-line than the more common bolt shown above. This is closer to that of a large frame .308 set up. 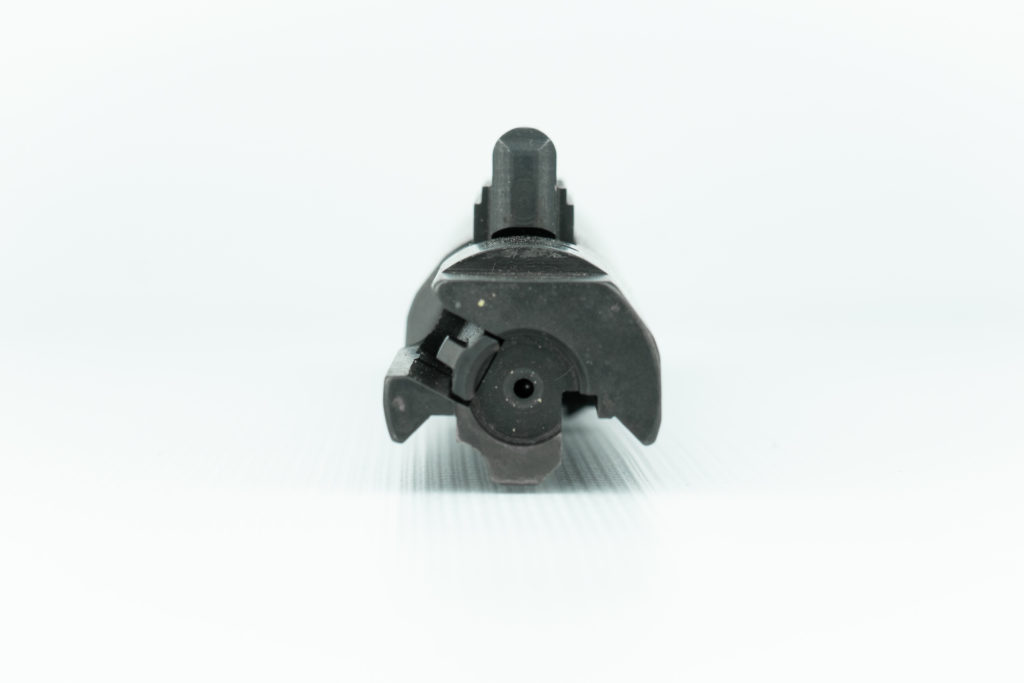 The carrier-keyway slot stops before the boldface and there is a lateral flat cut across the bolt above the boldface (similar to what you would see on an AR15 bolt carrier).

Again, if you got that handy caliper, you can make this measurement. It will run around 0.740″ or so – not necessarily exactly that, but close.

So what does all this mean?

Your PCC ARGOLD trigger should work without issue with common bolt shown at top of the page (.775″). It will likely work just fine with the lower cocking line bolt, provided there is sufficient clearance. This is easily determined during the function check. 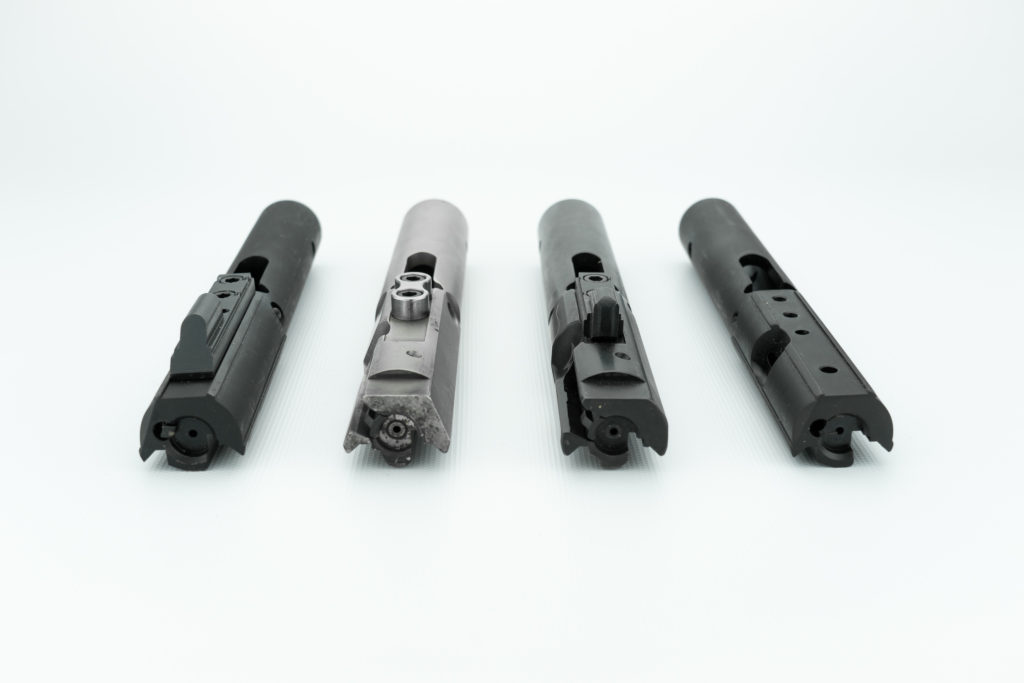 Order Now
*The color GOLD for the trigger component of the AR Gold trigger assembly is a Registered Trademark of the American Trigger Corporation.